New Horizons with a Holiday Coupon


Writing is becoming more complicated since I started writing for Medium, a place where over 10000 writers from around the world contribute, and where there are many publications to which one can submit one's work, or create one's own publication.

Readers can follow writers and publications. By so doing one creates a personally curated network  displayed in a section on Medium's home page,

There is original writing on every topic, from cooking to quantum physics. Many well known magazines are on Medium, At five dollars a month it is a good bang for the buck.

I have been accepted as a writer for three publications to date,

Two of these articles relate to independent research in which I have been engaged for the last decade. Medium will be the primary venue for my political voice, which is inseparable in the real world from my entrepreneurial voice, artist voice, philosopher's voice and so on but cyberspace has it's own rules, as if another dimension. The challenging, and initially confusing aspect of expanding one's orbit, is how to channel it all effectively. The content published on Medium will not be the same as the content in this email. I will provide links to my medium articles on an ongoing basis and/or you can follow me on Medium.

My personal desire and life mission is to preserve a creative lifestyle working in hands-on production of a craft which is a qualified contender for mankind's most ancient technology. I believe the world needs to be grounded both in our historical roots and the future toward which we are rapidly speeding, but there are large political and economic forces driving us away from one and toward the other. I intend to become a balance on the other side of the scale.

Medium is currently the repository of a future in which the ancient crafting life style has receded into history, or more accurately, has been relocated to developing nations in a binary globe divided by high valued and low values economies. This is illuminated by Marco Rubio in his report, American Investment in the Twenty First Century.

I have read a few posts by one popular Medium author, Zat Rana, who expands upon the hypothesis that human experience in the age of information is more complex than it ever has been before, due to the quantity of information channeled through cyberspace. He ponders how to deal with it. I, however do not find my experience of the world, since the internet made its appearance, to be more complex than running an understaffed ceramic art, design and slip-cast production business.

The Natural World is More Complex than Technology Can Capture


The ceramic making process begins with the raw materials made of molecules invisible to the human eye. One has to retain information about complex interacting systems which one cannot observe. Thanks to Tony Hansen's Digital Fire software, this is actually easier for the contemporary ceramist than it was for my dad who designed the basic recipes used by Andersen Design, calculating all the relationships on handwritten note cards. To this day, we still make our body, glazes and decorating colors from raw materials. Information is far more easier to access than it ever was, but nothing has changed in the physical handling of the raw materials, which are still delivered in 50 pound bags.

While  the singular process of working with glazes is extraordinarily complex, glaze making is just one process in an array of processes that go into operating a ceramic design and production business processing of an inventory of classically marketable designs developed over a life span of sixty-seven years. Operating without a staff, nor even robots, I have learned to rely on my subliminal collective unconscious to function as director of operations. The subliminal awareness used to navigate real world complexity is accurately described in Mcluhanesque terms as integral awareness. Any complex real world situation requires it. The absence of complex situations as in unceasing, relentless, repetitive, routine work, dulls human awareness, which is why the quality of the work process should be one of the metrics that defines a "quality job" in the future of a better world.


Last year I was running the production studio with only occasional help with decoration, I realized that although it was a not an efficient way to run a production, as activities which should have been occurring simultaneously were occurring consecutively, It was a challenging orchestration to bring off and would make an excellent training course for anyone with an interest in running a ceramic slip casting studio. One must manage complexities within complexities, from being aware of molecular interactions, invisible to the eye to understanding the interactivity of the entire work process from mixing the raw materials, creating the forms and applying the finishing glazes and decoration, to regulating the rate of climb and cooling of the heat of the kiln, and that does not include administration, marketing, selling and delivering the product. Computers and the internet reduce some of the work load.


The absence of a production studio does not mean our product can no longer be produced.We can work with other studios, which is an important direction to take in the interest of creating a basis for Andersen Design to have a future in the twenty first century. Working with other studios also provides us the opportunity to fill some missing spaces in the larger economy.


Andersen Design began before globalization and did not alter our mission because of globalization. Our unique history can be a presence in the turn around direction, which luminaries like Senator Rubio are formulating as a better future. National and global value systems call for reconsideration in order to move away from the divide in which there are two worlds, the developed nations and the emerging nations, the de-industrialized world and the industrialized world, and two types of economies, the high valued economy and the low value economy, which are assigned respectively to the binary halves of a globalized economy If not, the world may end up looking like it does in the Network, drama, the 3%.

The high value economy includes all things new tech. Hand crafted products of historical origins belong to the low value economy. This is very much in evidence at Medium, where a search for ceramics brought up very little indeed, and a search for handcrafted and handmade delivered a few subjects across a range of uses for those terms, the most notable by a company called Tanzo, a blockchain social media platform using crypto currency, and decentralized marketing, aiming to become a marketing alternative for handmade products, especially important to designer craftsmen/women, in emerging nations, but also important in the United States.

Tanzo writes that artists can register in guilds. Andersen Design can create such a guild based on our historical integrity, a western ceramic company which did not participate in the mass exodus of production from America to low cost labor markets and yet competed successfully in a market filled with imports at a price point affordable to the middle class. Such is our established history, the foundation for an American-Made Guild.

Decentralized marketing is an intriguing development. It is because Medium is so high tech heavy that I have become aware of blockchain, but my understanding is insufficient to date.The articles I have read do not explain how it works for the end user as a medium of exchange, rather than investment. I am still learning.

Our strategy is to raise money for a new production studio by three methods.

Method #1 is through the sales of our vintage line.

Method #2 is a KickStarter project, which requires developing an expanded email list, which in good faith, will be aided by Medium.

The third method is to develop relationships with other American slip casting studios to produce and develop products in our line. Initiating this process  will require a smaller capital investment which we hope can be raised by method #1.

This post features some of Andersen Design's mug designs. Mugs are are marketable as a stand alone product and thereby mugs an ideal product for use in developing creative working relationships with other American studios. Mugs can be finished in commercial glazes or proprietary glazes and decorated in endless ways by talented artisans. Endless creative possibilities. My hope for the new year is to make this idea a reality.


Posted by Mackenzie Andersen at 9:34 AM No comments: 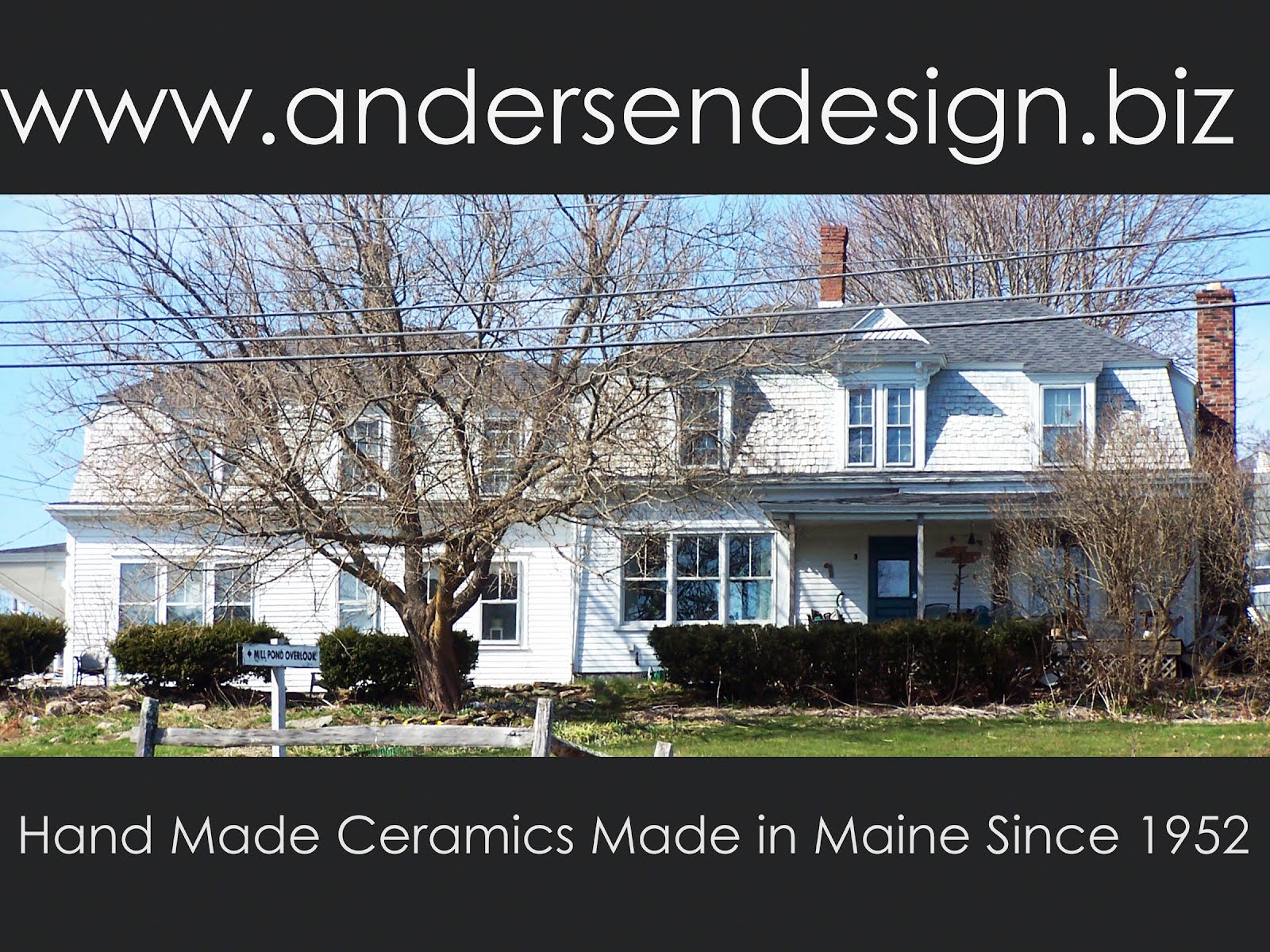